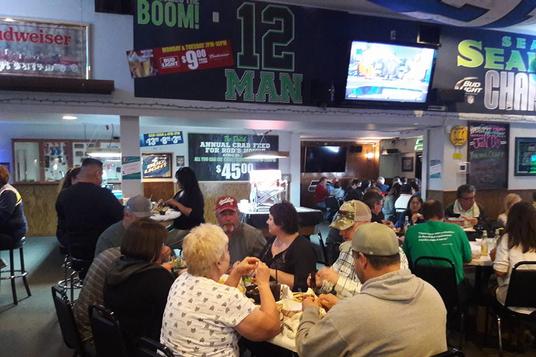 This week we would like to thank Little Dutch Inn for their fundraising efforts for Rod's House and youth experiencing homelessness.

Non-profit organizations receive their funding many ways; staffs put in long hours writing grants and organizing fund-raisers, occasionally a long-time supporter will bequeath an endowment, and community members make donations.  Two years ago, Jim Weaver and his wife Teresa, owners of Yakima’s Little Dutch Inn, were invited to attend a fund raiser for Rod’s House, a resource center for youth who are homeless or at risk in Yakima.  Jim isn’t much for formal events, but was happy to help the organization out in another way.

“I don’t do black tie dinners, so I offered to just raise some money, it seemed like a better solution to me,” said Weaver.  “We started out just by collecting a little bit of cash, and managed to collect a couple thousand bucks.  That fall we did our first crab feed and raised another couple thousand.  [We did] another crab feed the following spring.  Last December we did a luau.  We roasted a pig, and made about two grand again, and this spring we did our third crab feed.  This time around we raised about $4,850 for them, a significant increase since the last time.”

In all Weaver estimates the events at Little Dutch Inn have raised more than $12,000 over the past two years, and his customers have enjoyed the events as well.

One of the reasons Weaver is happy to help raise money for Rod’s house is because it serves people in Yakima.

“The thing that attracts me is the fact that it is locally owned and the money stays right here in Yakima,” said Weaver.  “I’m a small government type of guy, and I believe that that’s where charity belongs; in the local community, and I think whenever you can reach out to the people in need in your local community you’re doing the right thing.”

Rod’s House is not the only non-profit organization receiving support from the Little Dutch Inn, the Weavers also hold events in support of The Pegasus Project.