Three employees from Wilbur-Ellis in Grandview spent the better part of Jan. 25 volunteering for the first time during the annual Point in Time Survey (PIT) and Project Homeless Connect (PHC) events in Sunnyside.

According to Ray Fujiura, Operations Manager for Wilbur-Ellis’ South Cascades Business Unit, the unusually cold snowy weather led him to ask the Grandview employees if they were interested doing some volunteer work.

“We were in the dead of winter… we are an ag company, but it was so darn cold and we had so much snow… we needed to keep them busy,” said Fujiura.

According to Fujiura, Wilbur-Ellis is committed to keeping its employees working full time, even when harsh winter weather slows down operations. As a result, he decided to ask if anyone would be interested in doing some volunteer work during PIT/PHC.

“I was in the Grandview office and walked into the lunchroom and said hey, I’m just asking for volunteers, you guys consider it,” said Fujiura. “I had three young men step up.”

After the event Fujiura spoke to the men about their experience.

“It was all very positive, so I was really happy about that outcome,” he said.

Fujiura also spoke with one of the event coordinators about how they did.

“She worked a shift with one of my staff and she said they were fabulous,” he said. “They stayed and did extra work and whatever they needed to do, so it was really good to hear that.”

Fujiura is happy his employees were able to help during the event, and in the future, if something prevents them from performing their regular jobs, he will be happy to allow them to do volunteer work.

“It doesn’t really cost you anything to go out there and do that, and what good will you get is really valuable,” he said. 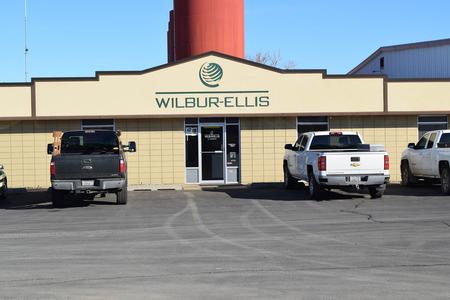 We would like to thank Wilbur-Ellis for their support during the annual Point in Time Survey.